It was really warm that day and it was nice. I received a 3-hour session right by the ocean. I felt really safe laying down on the mat and I felt cared for. In the beginning, after laying down, I had issues about the intentions of what I was supposed to do. It took awhile for me to lay down and being open to just receive. But then, there was room created and I became aware of my inner child that was awaking from having kneeled on the ground, with the knees stuck in the heart-space and the hands holding the feet. In the heart – that’s where I used to be mostly, and the rest of my body was mostly cut off.
I could feel with the didgeridoo from my head pushing down and creating room in my body for my inner child to spread out into my stomach down into my abdomen into my legs, but it did not go all the way. There was not enough time (during this 3-hour session), but it made me very aware how my inner child is sitting in that pose, scared, not feeling it can go and belong to my entire body.
Ever since then, I have worked consciously on inviting and making the rest of my body safe also, for my inner child, to invite it in, and it’s slowly working. I guess it kind of crystallized in my sexuality where I’ve not ever been able to bring my inner child to. But now, there is an innocence there that wasn’t there before, an innocence around pleasure, which is what I’ve been wanting my entirely life, and I tried to consciously work on achieving that in the last few years. Ahhhh – yeah, that’s probably the most profound thing I got from this Omananda session.
In that aspect, it has brought change in my life. It really has given me a tool and the awareness around something that I’m working on still today (several months after I have received this session) and it’s been essential to my development in the last few months and ever since!
Omananda is awesome. I am really happy that he exists and is in my life. 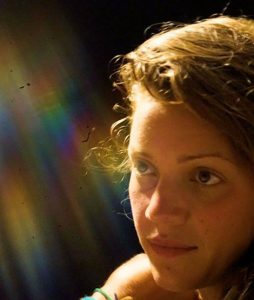